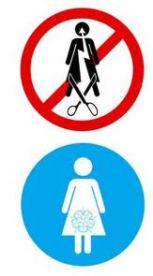 Yet another atrocity against women,

Yes I am one of the mothers who worries when her daughter leaves the house.  I crub the impulse to call her just to make sure she is safe. I am suspicious of every friend of hers.

Who is to blame, and what can I do?

This reminds me of the saying it was there is this job to be done, everyone assumed someone would do it, but nobody did what anybody could have done.

I do agree we are not responsible for another’s behaviour, but we are responsible for our own. For example yesterday’s news there was someone who filmed the police harassing a girl in Harayana, he/she handed to the press but did nothing to save the girl.

Did you know before the missionaries and Indian law became applicable in the northeast the rate of eve teasing and sexual abuse was very low. The society allowed and made provision for the need to be attended to. It was a matriarchal society so there was no power play.

Unfortunately with increasing Hindi-izatio*n or rather cowbeltification of the country the attitude towards women is changing. I am stating this watching the changing society of Udupi-Mangalore over the past 20yrs. A society that never asked questions regarding caste and religion a society where women were on par with menfolk suddenly hosts the BJP cowbelt-principled Rama Sena!!

I might sound very old fashioned, but one major thing we don’t put our foot down to is the media, when I say media

The movies have dances that create arousal; these are viewed in our drawing room.  The dancer skimpily dressed asking to be caressed not even suggestively but blatantly. We are breaking the thin film of right and wrong. The reality shows, brings brutality into our living rooms,  splitsville, whatever. One has to be negative, spoiled, and delinquent then he becomes an icon, look at Big Boss, and every news paper will carry a story on them we have debased ourselves.

What is the big deal in a censor board if the adult certified movie is going to be telecast on the TV.

I can be virtuous and say, well we don’t watch it in our house.

But the boy in the neighbourhood does, in his state of arousal; he is a threat to my daughter! And your daughter rest assured!

When we as citizens do not take the responsibility of censoring the quality of crap we see it is going to reflect on the society.

What is accessible on the internet is outright scary. Oh yes, don’t give me the crap about progress and being global, there is a crime free country I have forgotten where  but internet is banned there

During the prehistoric era I mean before the advent of multiple channels, specially during the era of the radio, we had to listen to the news at that designated time, or turn the radio off, for every channel broadcasted news read by the same person.

With news being a channel all by its self mundane has become news. Rahul Gandhi sneezing is breaking news as Omar Abdullah’s challenged intestine is. So we have lost our priorities too. 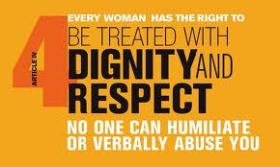 We the citizen’s need to realize that we have delegated the responsibility of governance to the government. The police are here for our protection and not imperial strong arms like the days of Monarchy.

*not to be confused with Hindu-ization. When I say Hindi-ization I mean bringing in the Indo-gangetic plane values.