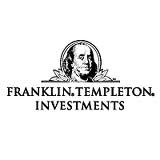 listening to Cynthia passionately dedicated to the cause of water management. I am impressed.

I am also taken back to the days of seventies, when we went to our mother’s  ancestral village for our summer sojourn  water was an issue, of course we kids never bother about it. Lacchi, bhaagi, Kitti, or someone would be put in charge of it, there were Jayanthi, sushila or someone who delivered it. But what I did find intriguing even then was there would be water at the kitchen in a water tank that held about 5- 10 liters of water. Great Aunt Ratnamma, would keep a container close to her, she would wash her hands into another vessel, once her cooking was over this water would be poured into the water tank meant for cows.

Vessels would be at the well, cleaning of the vessel was done with ash using coconut coir as a scrubber nothing fancy, it did not come from the eco-friendly boutique it was homemade. The water then went out to the coconut tree which was usually planted next to the well, or the banana tree.

This was an effective method of water management, where water was recycled in an economical way.

But running along with Lacchi and grandma when they went to the well to draw the water was fun. It was a great free for all gossip and counselling session. I remember Great Aunt Ratnamma, or Ratnadoddamma as we called her won arguments, or declared a verdict by the sheer power of being the village doctors wife. But she did give very practical sound advice.

Hopefully the rolling Matka’s Rajasthan will make life a little easier for the women. Like I shared the revival of old water ways by the teenage boys of Maharashtra bringing in economic stability to the community.