The most important reason for going from one place to another is to see what’s in between and it’s a pleasure to do it.

Some of the trips took I never forgotten, like the one when taken in 1973 probably. It was also the first road trip that I remember; we were three families that decided to go on a road trip. It was the two senior women of the campus Varijamma, and Kannamma who masterminded it with Brinda aunty, Amma, Jo, Aruna my brother Shantu and I.

We went travelling road to Belur, Halebeedu, Shravanabelagola,dharmasthala and subramania.

Those were the days of few vehicles, fewer hotels and women gallivanting on their own was absolutely unheard off. But doctors with their schedule found it difficult to find time then to take even that precious four days off.

The driver had to reliable so Varijamma’s nephew Ganapati Bhat was chosen. He was all of 19yrs and just began to drive a taxi of his own. We called him Appu mama probably because Doddamma as we all called Varijamma called him appu.

Though the trip in itself is very hazy what I do remember us at the temple of Haledeedu it was as I was seeing a visual of warriors on horseback, then was the visual of the dancing-girls coming alive, the incomplete temple of Halebeedu and the haunting strains of KappeChennakeshava.

The mountain terrain never seems to end, we stopped at a point we crossed stream that was skipping down the rock, and we decided to stop. Appu mama applied the handbrake, it’s so strange boiled water or bisleri did not bother us we just drank the water off the stream. Played under the water fall while we saw the car slide down my brother was in it, and he had release the hand break.

Appu mama sprinted right across, fortunately the door was not locked he got into the car that was moving in slow motion, I think we were not in public domain my brother would have found it kind of difficult to sit down for couple of days.

After dharmasthala by the time we negotiated Kadaba it was quite dark, like I said the days of no streetlights, no vehicles, lonely stretches of forest hinterland and the car went into a halt!

Poor appu mama, trying to set the car right with Kannaamma aunty’s help, she was the only one who at least knew something about cars. Brinda aunty and mom trying to keep us kids calm,

The dark night with only the sound of the trickling Brooke nearby, flies sweat and tiredness. Slowly hunger creped in too. Fortunately those were the days off travel with home food so there were some edible stuff around. Appu mama got us some water too, when heard a loud trumpeting sound and few people came out running.

The first thought that occurred not to us kids of course but to the adults was that it was a herd of dacoits as we had heard of vague stories of dacoitery there. Compounded was the mild but incessant rainfall, road that was cut through the landscape slushy and slippery.

By this time we kids had also realized that something was wrong.

The crowd of people who came were in a state of panic apparently a herd of elephants were out on a rampage after delivering a sermon about travelling at night they helped us get the car going and finally we reached destination Subramanya.

By the time we reached there the guest house booked for us was given off to someone else, that meant few more minutes of delay when things sorted out the only thing we could do was to crash out. 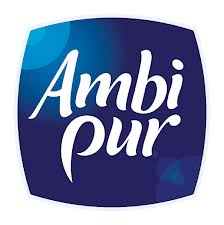 Next morning we were to visit the temple for the adults it was about the temple and the puja for us kids it was about breakfast. Guess what there were no restaurants around there, after placating us with some banana’s we had the darshan that was when my brother discovered a tent where dosas were being served!

Being the shrewd person that he is, the only person who was likely to oblige him was Varijamma so he tackled her. Believe me Dosas never tasted more divine. The tent with chilly breeze, pitter-patter rains outside warm masala dosa with chutney and hot cup of milk (there was no compromise we were not allowed coffee.)

And from there back to Manipal.

Appu mama swore that he would never take a bunch of women only team henceforth.

We kids had a ball of a time describing our adventures of the brake release and elephant attack kind.

For me it was the first taste of adventure. I realized I love going out of my way, beyond what I know finding my way back a few extra miles by another trail, with a compass, that argues with the map… nights under the stars walking the hilly terrains being one with the vasta vista. The wanderlust had hit.