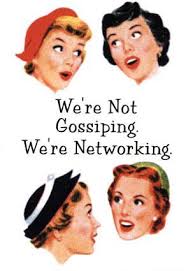 People always talk don’t they? I think I shall start calling myself a witch. The wicked witch of the west.  I mean people have called me acrid, nasty, rude sarcastic whatever. so might as well have a blast and get benefited from it. And why not? Believe me it is orgasmic it liberates you from convention.

Yet I do find it amusing.

Like I wrote a piece on something where I made a reference to some relative, promptly the FB sorority for want of better names lets call them puttu-paddu-sharadhe (burrowed from the Kannada poem rangavalli ikkuttare, puttu-paddu-sharadhe) promptly assumed I wrote about relative X called her up, to ask her why I wrote what I did write?

Interesting, I am the one who writes and this relative gets questioned. Must be rather embarrassing for her considering she already has an issue about me writing.

The precise question  by Puttu-Paddu-Sharade had been ”how can she write that, ”

Well my hurt relative had was speechless for a change, maybe she called up mother of mine and complained I don’t know of course at the age of 47 I am not going to really let my mother dictate terms.

By the way Puttu-Paddu-Sharade. ”there is nothing to writing, all do is sit down with a laptop and bleed. Also everything in life is writable, about if you have the outgoing guts to do it, and the imagination to improvise. The worst enemy to creativity is self-doubt.”

Coming back to Puttu-Paddu-Sharade, my mother asked me, why didn’t I explain to the relative, ”simple, I didn’t see the need to, even if I did it would be a waste of my time and energy, people only hear what they want to hear.”

At the end of the day it’s gossip and to quote Hugh Prather, gossiping is a way of saying look I am not like this.”

If Puttu-Paddu-Sharade, were to ask me, why someone wrote something about me, I would say ”I’m not sure, it might be a better idea to ask the writer. Also it could be because I am worth writing about.” Think about it, to Puttu-Paddu-Sharade are troublemakers and not be heeded to.