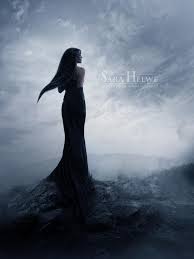 An activist I am told emerges when a person’s butt is on fire. Mine is kind of getting warm.

Do excuse me, for another day; I shall complain about intelligentsia and women’s day before tackling the issues.

The same goes for women’s issue, the only thing people spoke about was

Excuse me but has your candle light vigilance reduced the rape incidence? Has it made the victims life less traumatic?

As for Sati it is an extensive occurrence in the north. But that is the majority, population’s problem.

My immediate retort was how—

“UP and rest of Hindi belt has the highest population.”  Think again

If you were to consider India in its totality from the north to the south, the non Hindi speaking, non cow belt areas are larger. The women there face different issues.

Khasi women inherit the clan and clan headship which results in thwarted male persona. If you are not comfortable reading social anthropology I would recommend the book “the shadow men” where you will find how the Khasi society works. http://kitabikida.wordpress.com/2012/01/02/169/

Everybody is busy trumpeting widow remarriage, as if they were the messiah’s of a revolution, yet the shetty community has had a sanctioned relationship between a man and woman who are bereaved of their spouse. The first one would be a marriage after that the relationship is called “kai-pattampina” which translates to forging a bond. This has been nullified by the great Nehruvian integrated India.

Nair women had the freedom to throw their spouses out, whether they exercised it or not was a different issue the society allows it.

The women of Gujarat told the urban social workers “don’t to improve our lives on the criteria of yours, if you really want to do something then help us with what we need.”

We had a Fulbright scholar who was  thought all other women came over for free lunch and to listen to her gloating over the ekta-kapoor serials.  She somehow did not seem to realize that “be thin—be fair skinned—be without pimples—be without body hair ” then you are successful is being drummed into every viewer mercilessly. Particularly when she concedes that the purpose of a serial, is such that the viewer is called to action to go buy that product.

No wonder life coach’s. Success guru’s and personality developers are the busiest guys today. We are constantly told to be bigger.. i’m sorry thinner.. faster..better in a linear fashion.

Hopefully at least by next 8th of March we will figure out what are the woman’s issue relevant to our area. When we are stable and at peace only then can we extend a helping hand to another.