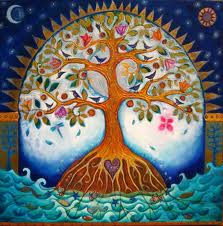 I never realized how much humans did it too, until we travelled down to Udupi for the week-end.

When we left home for the anegudde temple, on the way would be smell of the drying fish, which would slowly merge with the unconscious until we reached Santhekatte where there vegetable market with its own particular smell of vegetables blending with the drone of the vending women.

As we move north the extensive rice and sugarcane fields of uppuru, with the wafting fragrance of the paddy fields it is so typical earth fragrance with dash of salt tingle, like the rice of Uppuru leaves a tinge of saltiness when cooked. Long distances of silence until we reach the town of Brahmavar where the bustling bus-stand was the landmark.

Kalluchappara of the Kota temple which doubled as the bus-stand the ornate door carvings we knew we were near the destination where we turned right Annegudde. Well that beautiful structure is destroyed.

But this time gone are the chandini rice fields of Sagri, and all the landmarks, the smells, all marred by the raising dust, stench of emerging slums and noise from the earth cutters.

Could the environmentalist actually sit down and try to educate the population as to whether this large destruction is really required? What does it achieve? Do we really want Karwar to Malbar belt to become a hub of prostitution and drugs? Gokarana is already turning into one.

could we think for ourselves instead of some joker Delhi uses our resources to feed his pocket?