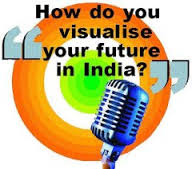 The net is screaming from the roof tops about the intellectuals, someone is ridiculous enough, no I have respect for the author who is a senior journalist he refers to Chetan braggart as an intellectual!! Well woe to my countrymen.

Yet as we read the declarations, and statements the underlying truth is scary. We are being manipulated by a few stooges with vested interests to improve their global look good factor.

Okay before it was obvious that Modi was the winning horse we had Nandita Das, sculptor Anish kapoor, novelist Salman Rushdie, to quote the author, “best known Indian academics teaching in Britain’s top university” apparently the idea of Modi in power fills us with dread. Well what gives them the authority to comment, they are not Indian citizens, and they do not live in India let them not bother about us. These runways or not-born on Indian soil intellectuals are neither our representatives nor have empathy with the people in the country.

What moral policing are they talking about? Nirbhaya occurred in the congress regime of Delhi, I remember the atrocities of the emergency period, and I remember Dr.Khera the dean of the dental college being hauled by the cops because when the mess closed down without notice he mobilized the staff of KMC Manipal to provide food for the hostel students.

It is unbelievable that the so called intellectuals from institutions like London School of Economics, Cambridge, and oxford SOAS and King’s college issued a letter opposing Modi as the next Indian prime minister—who did they send this message to? — Is the indication that the country politics and policies are controlled by outside force the entire expensive exercise of adult franchise is a mockery?

When the reportage of Muffazfarnagar was on the reporters went on “In a state where the minority are a majority” do you hear the paradox? Do you see the tilt, historically the entire great divide of Hindu, Muslim, or even caste was not so rigid until the advent of the Christian missionary influenced British rule. The nationalists are reactionary to this, so neither do they know their roots nor are they bothered, for they are power mongers too. It suited the Nehru lead congress government which was British in the subaltern level to maintain and fan. Go through the speeches of successive congress leader’s who aren’t many, Indira and then her son it reeks of hate and communalism.

Who are these British lawyers, activists, academics and members of British parliament to demand an apology from Modi? We the citizens of the nation are the only people who have the authority to question the man, and declare a verdict for or against him, using our ballot.

Now that it is pretty obvious that Mr.Modi is likely to be prime-minister, we have turncoats, the Chetan Braggarts, and the Vivek Dehejia who resides in Ottawa, what gives him the right to vindicate? Well once upon his childhood he was associated with India.  Lord Meghnad Desai was only Indian born and he lives in UK, he is a brit through and through I was unfortunate enough to interact with him personally and my take is he is still in awe of his British masters. And HMV is her majesties voice.

Of course the ballot is the voters’ verdict; I can decide what motivates my decision to vote.

Yes what worries me is the concept of Hindu of the RSS, which is cow belt dominated it is patriarchal, and very un-Hindu.  But if you look at it logically the number of RSS is less than rest of India, we can take a stand as a community. It does not mean we tweet send soiled pink underpants to men, it means we can have a citizen charter. 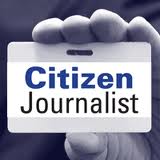 Yes there is a bharat which is agri-based eco friendly and the core values of non-christian. But there is India, which is the teenage alter ego wanting to imitate the peer and desperately seeking global acceptance.

Before we say bharat mahan, bharat sadiyon or whatever the Hindi nationalistic war cry is we need to understand we are just a 68 yr. Old country that has been ravaged by colonization.

These are my thought after reading http://qz.com/205367/the-real-reason-indian-intellectuals-are-flocking-to-modi/