If I were to visit Oman Where would I go and why?

What do I seek for when I travel… that would be my primary questions. That would an interesting point to ponder on what is my destination, why am I travelling to this place.

Let’s not go too much into spiritual aspects of it, if I have to go out of the comfort of my home office, then it would be for an event. What I normally do is fit in small sightseeing within it.

What would Omani Tourism offer?http://www.omantourism.gov.om  I wondered and visited the Omani Tourism site here’s Googlemata threw up…

Oman does have beaches, but beaches are passé for me living along the coast all my life. Kite surfing does sound interesting but maybe not on the priority list, learning Kite surf seems interesting. I would rather start on home turf first.

The desert safari over the Omani desert called Wahiba Sands or Sharquiyah sands that have dunes almost 200 meters.  Imagine viewing the setting sun over a sand sea would be a great experience, camel back travel, sleeping in the Barsti huts BBQ under the stars, actually visiting Bedouins after reading about them in so many Agatha Christies, Jumping on board a sand board. This sounds interesting too.

Caving the lime stone sedimentary deposits have created caves that provide great cave adventures in the world. Mailis Al Jinn, the Al-Hoota Cave at the foot hills of Jebel Shams of AlHamra which is one of the largest cave systeme in the world and the mostly unexplored Tic Cave in Dhofar.

Forts:–There are forts and forts for each Omani city and town has fort of its own. It would interest to its floor plan, materials used and location and how it compares to the Indian ones.

The Frankincense route through the ancient cities of al-Blaid, Shasr, Khuwrm Rori and Wadi Dook. The cities that contributed to the flourishing trade of frankincense trade.  The route contains a number of sites where the process of manufacturing process and export took place. Some of these sites are part of the world heritage site.

The Falajas—the unique Omani water systems. This 2000 Omani irrigation legacy it is still a water source that the Omani cities and villages rely on. There 5 Falajas have been declared as world heritage sites.

Horse and camel racing organized by Oman Equestrian. I am a PETA person so this is off for me.

Events—its Muscat festival definitely since that covers my love for culture, heritage and folk world.

Natures trail–Viewing the flora and Marine life in the long coastline, particularly the variety of hard and soft corals sounds interesting. Dolphin, turtle and bird watching is fine. Oman has a 460 species birds but would be unique is the whale watching.

Desert safari.—from the ocean and mountains, the sea of sand would be an absolutely interesting.

Forts—the Middle Eastern world has traded with India for years, the fort of Mirjan near Karwar was built by the kings of Keladi for these traders, it would sand layout wise. It would also be interesting to study the forts on a comparative platform. 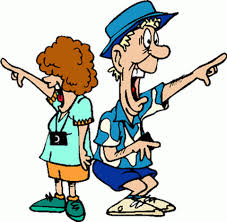 The Frankincense Route that is as exciting as the silk route though not very glamorized.

The final tour plan would of course depend on time, and finance, but its Frankincense route and the Falaja’s  on top of the pops, followed by Desert Safari, the caving, then Natures trail, Muscat Festival and then Forts.

If I do find an adequate partner and sponsor the cross-country bicycling is an event to seriously consider.