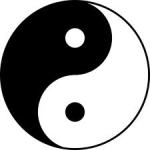 The positive and negative.

People tend to be very generous when sharing their nonsense, fear and ignorance me included. And while they seem quite eagerly feed me their negativity, it was difficult to remember that the diet I needed to be on was spiritual and emotional one. I had to be cautious with what I feed to mind and soul. Even fuelling myself with positivity sounded so artificial what actually was need was a transformation of my thought process.

Dealing with negativity was something that always confused me.  When did the Lousie Hay workshop I would start out with best intentions, to think and speak only positive thoughts. But I would get thrown off course by people around me. Forget about others I myself did not really understand the power thoughts and words have, even when I did understand I was still stuck in patterns of negativity.

This came out as complaining and criticizing it was very difficult to find a way into a conversation without lapsing into old habits. Even to accept the option of not participating in a negativity or to find a way to the influence the situation in positive direction. If the company was right i could directly address the fact that the conversation had taken a negative turn.

Not everyone responds to our cues, and I find it rather pompous to convert someone from this negative to positive, after all this person might choose to be so in this world. The challenge for me is not get effected by it. to keep the person in my circle without trespassing into their space. They could be feeling safe in that space and may require time to heal out it.

In the early days, I would argue towards positivity, or i would withdraw feeling very superior, now I realize I have to honour the person’s space. If the relationship is comfortable enough i do mention the issue and then leave it to the person.

As I started working to free myself from the negative cesspool that I had created i realized I came across people who working with same. More amazingly there were close friends who I in superiority never acknowledged were walking the same path. I also realized the path was easier with allies, than walking alone. The positive seem to find its flow.

But one thing that never ceases to amaze me is our attitude. I mean when a bird flies we don’t talkL  when a busy bee flies we don’t comment, but when a human being begins to fly we hear talks in the town such as ‘abomination!..where did he the wings from”?

One Reply to “The Positive and the Negative”