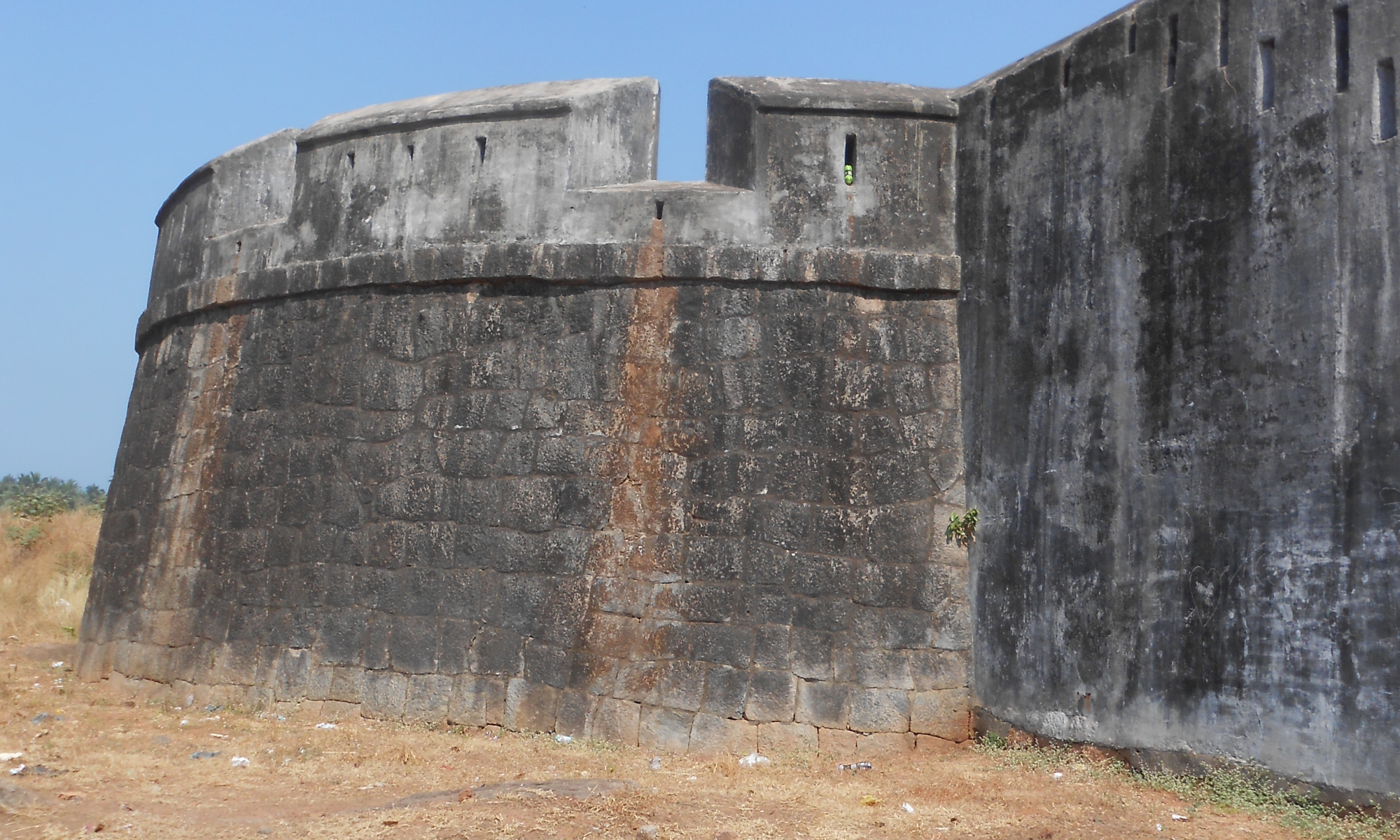 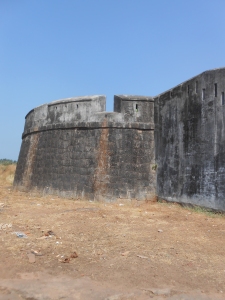 At Boloor Mangalore stands on the mouth of the river, it overlooks the confluence of the Gurupura River with the sea.

The monument was built by Tippu Sultan after destroying a large number of churches’s built by the British.  Though a watch tower it was armed, so that the British did not enter into the Gurupura River. There are eight locations for cannon placement and number of musket points.

Historically Mangaluru—or Kudla  as was known is mentioned by the 23rd BC Greek geographer Pliny. It is also mentioned by Ptolemy in 150 AD.  Kudla or Mangalore was under the Alupa rulers,

1526 saw Mangalore being taken over by the Portuguese.

18th century the Bidnur Nayaka’s freed it from the Portuguese only to be captured by Haider Ali in 1763.

In 1768 the British took over Mangalore. It is believed that the British hung Tippu’s Mentor Purnayya at Mangalore for betraying Tippu.

Despite the fact that the archaeological survey of India has put it under protection and defacing or destroying could lead to imprisonment or fining the place stays defaced.

The negligence of the Karnataka Tourism sector and the Mangalore citizens is rather disappointing.