What does one write about newspaper columns, albeit I did write a column once upon a time every Saturday at the local news paper. My NGO even ran kids newsletter where kids created their own newsletter the layout, the content all that was their creation. The only thing I did was to facilitate the  whole endeavour.

Coming to think of it there was a time when lot of newspaper columns would be written in a rat-a-tat-tat fast paced style. They tended to be funny, and they were definitely a relief from the grimmer, grayer parts of the newspaper, and one of the best people at doing this was Will Rogers. 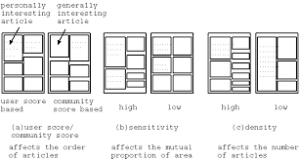 Busy bee’s(the pen name of Beheram Contractor ) column was something I really enjoyed, his imaginary wife, who he just referred to as “the wife” two sons I think Derrick and Darryl I really enjoyed reading him. Sometimes I did read Khushwant Singh. I liked Busybee’s take that if you don’t read the newspaper you are uninformed, if read one, you are mis-informed. Though Shobha De at times is quite candid and witty, the Bacchi Kakaria’s are  highly avoidable. But now the decay is so much likes of Chetan Bhagat and Suzanne Khan are columnists!!  The average newspaper. Especially of the better sort as the intelligence of hillbilly evangelist, the courage of a rat, the fairness of a prohibitionist boob-jumper, the information of a high school janitor the taste of designer of celluloid valentines and the honour of a police station lawyer.

In case between my own writing and clinic I somehow have no more time or energy to read.

4 Replies to “The weekend column.”