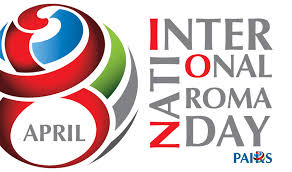 The international Romani culture day is to create an awareness of the Romani culture. Romani’s as Diana Muir Appelbaum describes them are unique for they have never defined themselves with territory, they do not carry with them traditions of an ancient distant homeland from which their ancestors migrated. Nor do they claim the right to national sovereignty in any land where they reside.

The Romani identity is bound with the idea, of freedom expressed partly by having no ties to a homeland. Absence of traditional origin stories or of written history has meant that the origin and early history of the Romani people remains an enigma.  Though linguistic grounds points towards an Indian origin, may be as late as 18th century.

19th century saw folklorists who immersed themselves in Roma or the Gypsy, Francis Hindes Groome being of them. He has put a treasure trove of Romani Life, belief, folk stories and mysticism in his book The Gypsy Folk Tales.

Suddenly the Roma community spread across as many as 30 countries in 5 continents just got a boost for its fight for an identity… the Indian Government makes a tectonic shift to own them for their “Hindi and Hindu origin” and invite them home. This was done by hosting a number of Romas from 15 countries to deliberate on issues surrounding the community.

2016 the external affairs minister of India, Sushma Swaraj wanted the Romani’s to be recognised as part of Indian Diasporas. Gypsiology or Romani studies are an emerging interdisciplinary ethnic studies field concerned with the experiences of the Romani people.  Terms like Zignology, Ciganology, Romology, Romalogy and Romistics are often used.  The focus, of these studies however includes the origin of the Romani people, the sociology, anthropology, linguistics, politics, the experiences of persecution, and political oppression. This study has its origin in the United Kingdom, and was designated formal in 1990..

The Wire carries an interesting take on the government’s enthusiasm to own and label a population of people who intrinsically free of being fettered by geographic boundaries.