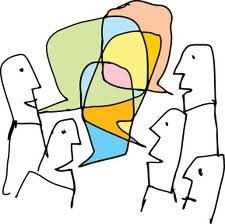 An interesting holiday created by WellCat a holiday and herbs company.

Have you ever been in a space where everyone is telling what you ought to be doing. Everyone is a critic. Things that you actually know but family, friends everyone is hounding you something that you have been putting off until tomorrow.  Like exercising, going for that medical check up, decluttering your house, losing weight, quitting smoking the whole gamut of stuff?

This observation is about stop procrastinating and get on with those stalled projects and broken promises right now.

My plate is totally piled up, and let’s see how much of my butt will get moving. Actually I did dump the three cartons full of old clothes out. But this more than that.  May be it is a good thing to dig out those new year resolutions and begin working on them. Sounds good right.

Like the lull before the storm, I am looking at the last few minutes of put’em-off before I get my butt moving.

People who quit are quitters, and people who wait are waiters, procrastinators are quitters by default. Essentially when we put things off, we are not on the process, when we quit the process we quit the result.  Quitters don’t gain because they doo not complete what they started on, while waiters don’t gain because they never started. The end result of both is failure. Each time we quit we let quitting become more and more acceptable, until it becomes a way of life.

Procrastinating or put’em-off’s are delay and avoidance of a task or a decision, against our own intention. This would mean either our intention is not strong enough or that we are self sabotaging. This could be in minor things, like waiting till the last minute to post a letter, sometimes it is a major issue like delaying a decision. Each time our reason to procrastination seems very valid.

Some examples of Put’em-Off see if you are guilty of any;

People do procrastinate, we do  Put’em-off when it comes to doing things at times, a person becomes a procrastinator only when it is so often that it causes suffering. The reason could be simple, we do not want the do the unpleasant. This results in missed opportunities, strained relation, poor mental, physical, social and financial health.