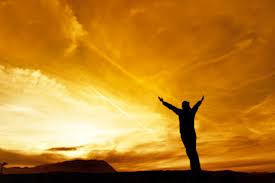 There were times when I found myself struggling or even fighting with my thoughts and emotions. I felt that things had to be done in a certain way or not at all, there were other situations where things felt absolutely black and white. But my learning at the Landmark education forum and Louise Hay healing, taught me, it need not be, it’s the way that I was looking at my experience that caused the turmoil within us. As I became aware of the struggle that I was having with myself, I could t turn my attention to the source in order to solve the problem. But I needed to be willing to look where I need to feel emotions that may make me uncomfortable at first then I could choose really open myself to understanding all the options, I could imagine. Usually what I discovered was I resisting something based on a limited understanding and I had to open myself to a willingness to understand, that meant acknowledging a certain amount of judgemental tendency.

When I was willing to look at all the possibilities I also began to accept that there is room for more than I could imagine, I could release myself from the grip I had on my emotions and stop limiting myself. I probably was unwilling to experience the sense of loss, confusion, fear or even joy that experienced by clinging on to that state I was in, but I had to realize that I was not allowing the space for the universe to move in my life, I warped in time, space and growth.

Opening myself to willingness meant, I was surrendering or abandoning all what I believed, the fear of having to deal with that vacuum was tremendous. It required a lot of courage that gave me the power to make a conscious choice, it was then I actually understood the application of personal will. Being willing is to be in a state of willing, this state allowed us to will something into the creation. It was at once allowing myself to be and directing my energy in a focused way. It was being and doing from a place of openness, where we can work with the universe rather than resist it. It is an open hand rather than one that is clenched into a fist. When I took a step towards willingness, I opened myself to truth, possibility and the movement of the wise universe in and through my life.