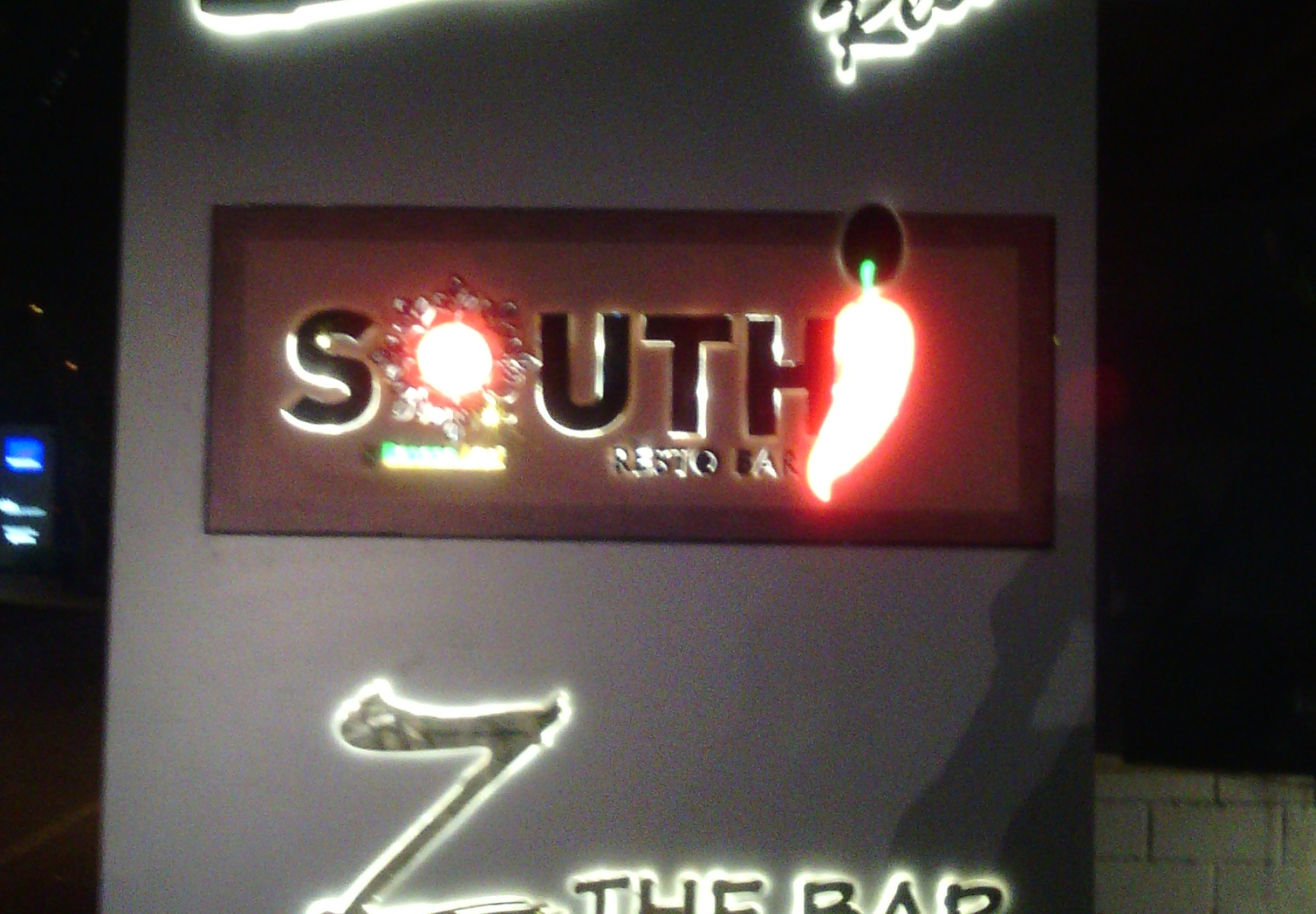 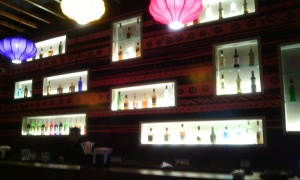 Wolfgang and Karen want take us out to a stylish place that serves Dosa and it is in Candolim   my husband said.

Well, a dosa place… stylish…in Candolim. Well I had already nailed the place as a tourist fleecing “hospitality trained” kind of place. Which would have tomatoes and onions in various combinations and call it south Indian by adding coconut scrapping.

When we arrived at the Zense  it was on the busy street of Candolim,  giving a choice of either indoors, or outdoors. 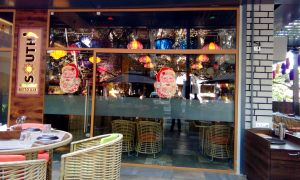 It was always fun Karen and Wolfgang, because they so extensively travelled they have a lot to share. Like Wolfgang’s observation about the changing drinking habit in Italians, who always drank wine and not beer, but are now changing to beer and that they would soon out beat Germany when it comes to beer drinking. 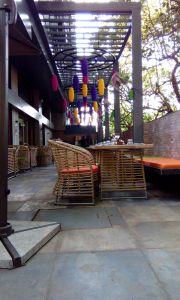 While we were busy without conversation, a youngish man turns up with pleasant smile and asks us what we would like, and Wolfgang told him, that we wanted us to try the dosa starters.  We were served the foot long dosa with individual bowls for potato masala, chutney, and sambhar and believe me, I was eating such wonderful sambhar after a long time.

During the conversation with the chef, it turns out that this is part of the bananaleaf enterprise.

The conversation then went on soups, and staple food, about again Germany was not much of soup country, it preferred its wholesome meat ball bread business, but how noodles had slowly made inroads into the cuisine so much so, that has become part of the cuisines. My daughter and I decided to share a bowl of Pepper Rasam—it was really good, Shivagami-mami would have a run for her money.

Interestingly the Menu was very south Indian, chettinaad and Mangalore cuisines dominated with a stray Appam-stew and Malabar Parota-kurma thrown in between, when it came to rotis they had only Malabar Parota or Puri. This again is very impressive since most south restraurants do have the regular mish-mash Punjabi fare.

Vangibaat, lemon rice, bisibelebaath, was very much present. While Karen and Wolfgang were non-vegetarian they opted for Kingfisher Ghassi and another Chettinad dish, while we went for Vegetable chettinad and  Manglorean Kurma. 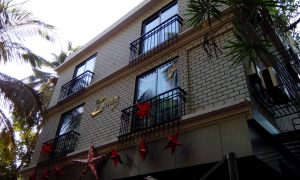 Chef Mahesh told me, I am feeding you, something that you would probably cook in your kitchen, so its like a test for me. it was nice that the staff waited on us, filling in when the conversation was getting stagnated, otherwise they were taking care of other guests. What interested me, was the kind of guests they had they were not the loud, I am holidaying in Goa . There was this soft elegance both in the venue and its guests. The music at the background was soft, classical but the brisker beats.

The food was spicy but balanced, individual flavours were tangible. What I liked the best was the pepper flavour was distinct and the use of green chilli or red chilli was minimum, that made the food very comforting.

Its really amusing how conversations float around maybe it effects the way we choose I do not know, because I remember this part where we talking about Naomi Duguid’s book on Burma, then we came to rice being very distinctive of where it is grown. That’s when I noticed that the steamed rice served was the long grained southern Hamsi and not the usual for the tourist Basmati, no wonder the fragrance of the spices and vegetables could be experienced. 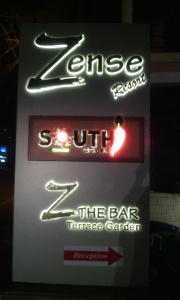 Karen and Wolfgang loved their Kingfisher Mangalorean ghassi, we had no room for the “Yelluneeru payasa” or the “kadale/Hesaru bele payasa” again very mangalorean desserts.

Next time round my daughter and I have decided to try out their Bisibele Baath, or the Vaangibaath. Maybe they would add in Bassale from the Bangalore cuisine and jolda rotti from the northern Karnataka region.

The evening was definitely “zensational”