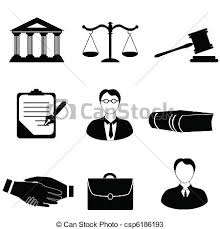 Dec.3rd is the National Advocates Day.
The legal community of India celebrates it to mark the birth anniversary of the first president of India. He was an lawyer. In 1915 the gentleman received his masters degree in law and was also given the gold medal. He then quit law practise to join the freedom struggle. In 1950 when the country became totally free of British monarch the need for a president arose.
While Nehru wanted the then Governor-General Rajaji to continue, Babu Rajendra Prasad Sardar Vallabai Patel wanted Babu Rajendra Prasad.

This “advocates day ” got me thinking, I wondered what it was about!! When in doubt refer to Merriam-Webster. An advocate I am told is the person who pleads the cause of another, particularly before a tribunal or a judicial court. It could also be someone who defends or maintains a cause or proposal he would be an advocate of say free living or whatever. He could also be someone who promotes or supports the interests of a cause or group, like an advocate of women’s health.

Have you like me ever wondered the various words, solicitor, lawyer, advocate, lawyer etc. etc.? Well here is what I understand,..though the word barrister and lawyer are interchangeable, barristers are lawyers who specialize in court litigation. while a lawyer can refer to both barristers or solicitors. Advocates are lawyers who have focused on purely on court work. In India they are regulated by a body called the Bar Council of India or the bar council of their respective states. They are self employed specialist who are not usually approached by clients directly, solicitors contact the advocates on behalf of their clients.
I came down to wondering how the lawyers actually celebrated the day. well here is what some of them shared. Soumyen Sarkar says they hold seminars in the evening on how to liquidate pendency of cases in the court. They tell their fellow members to work hard. Wonder what liquidate pendency means? Anyway, he also says that the lawyers switch off mobiles on such occasions. in the lower judiciary whatever that means things are allegedly more difficult. He says the advocates come to blows with one another depending on their political affiliations. The group that would like to work is threatened and beaten and beaten by the group that does not want to work. The clients are also be intimidated. So that they dare not approach the bar association when it celebrating the advocates day.
Mr.Shayak Chakraborty an advocate of the Calcutta high court says, the advocates day is not an designated holiday by the indian court. So it is no different from any other working day. However be some small program to celebrate the day without effecting the court functioning. Mr.Subbakrishna Rao incharge of legal compliance at various companies agrees with the above gentleman. He adds that many local association organised talks and social activities on that day. Other Lawyers like Harshad.N.Rathod, and Manmath Athalye seems to agree with Mr.Shayak Chakraborty .
Like Charles Dickens observes in the old curiosity shop, it is a pleasant world we live in, sir, a very pleasant world. there are bad people in it, but if there were no bad people then there would be not good lawyers.
Coming back to the lawyer babu Rajendra Prasad, whose birthday dec.3rd is about here is the play of lawyers, Nehru-Sardar Patel-Rajaji and Rajendra Prasad in the Scrolls.in.